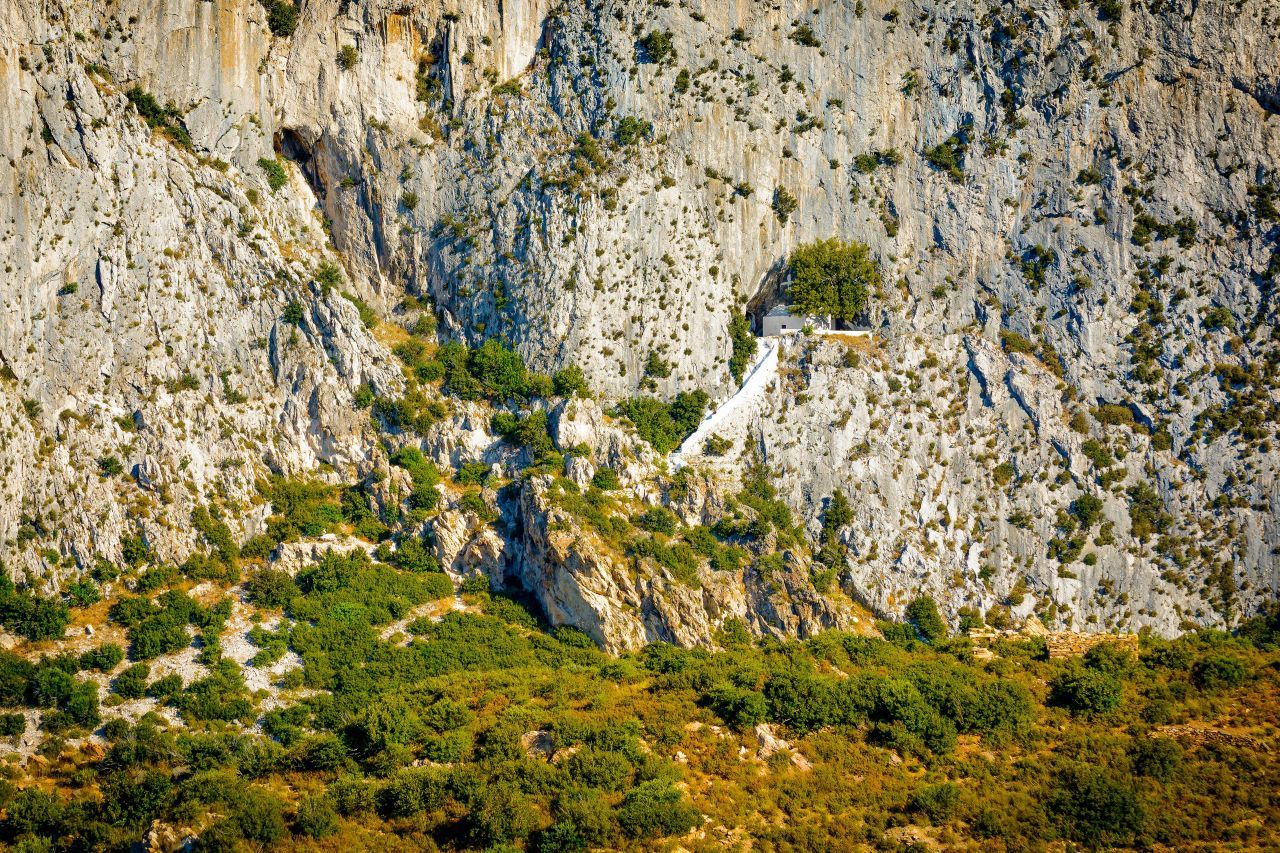 After being chased by Polycrates who was the tyrant of Samos, Pythagoras, the famous mathematician and philosopher hid in this cave that later became his home. There were actually two caves, the one he used as his home and the other one as a classroom. Pass the caves one will encounter a spring from where it is said that Pythagoras enjoyed drinking water. The Cave of Pythagoras is situated only 2 km from Kampos Marathokampos beach and close by the scenic chapels of Saint John and Panagia Sarantaskaliotissa. Access is quite difficult so great caution is needed.