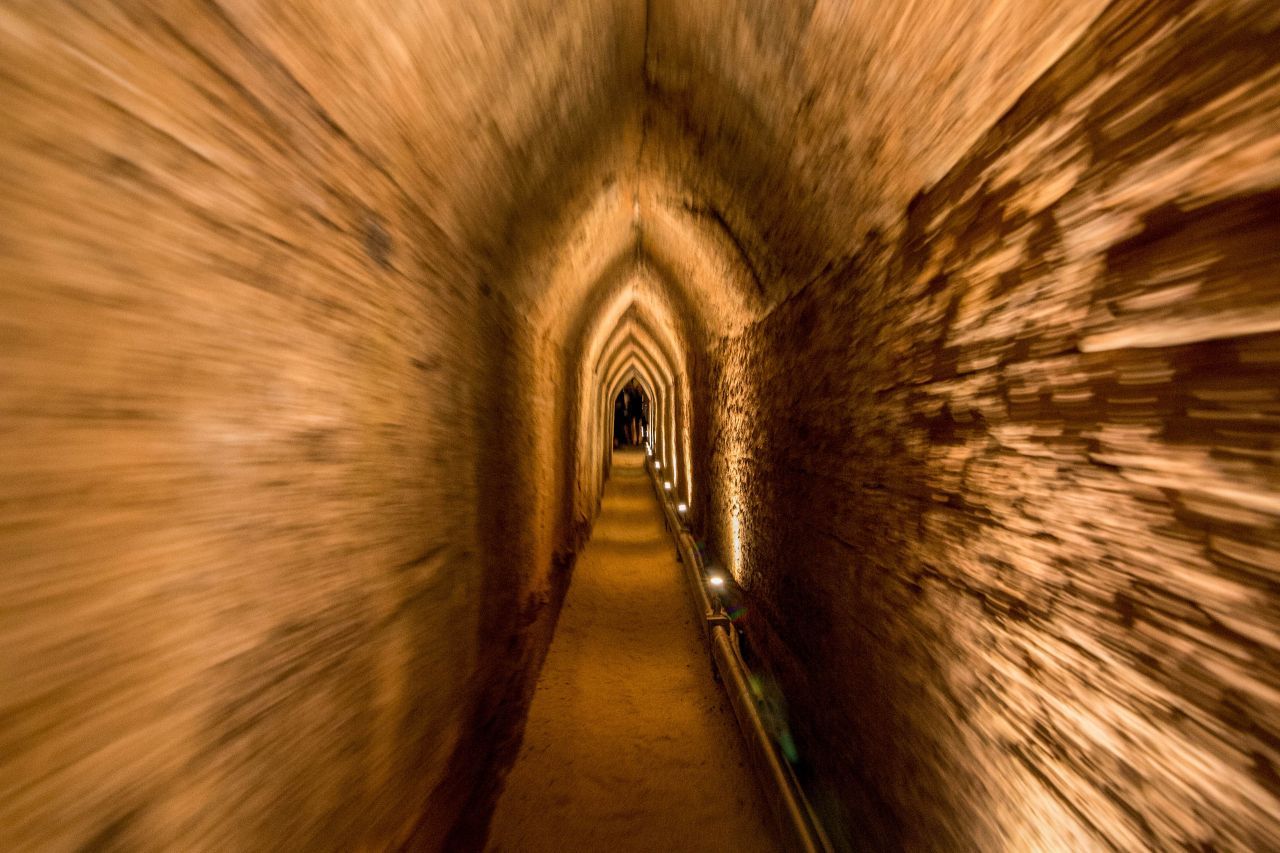 The Eupalinos Tunnel is a tunnel 1036 meters long that was built in the sixth century BC to be used as an aqueduct. Under the supervision of Eupalinos two groups of slaves one on the side of the mountain were the spring was located and one on the side of the town dug under earth for a long period of time until they met each other somewhere in between and the tunnel was finally formed. This tunnel was of great significance because it was invisible to the enemy therefore no one could cut the water supply to Samians and thus was used for thousands of years to come. Visitors can walk through part of the tunnel and enjoy a cool break from a sunny day.