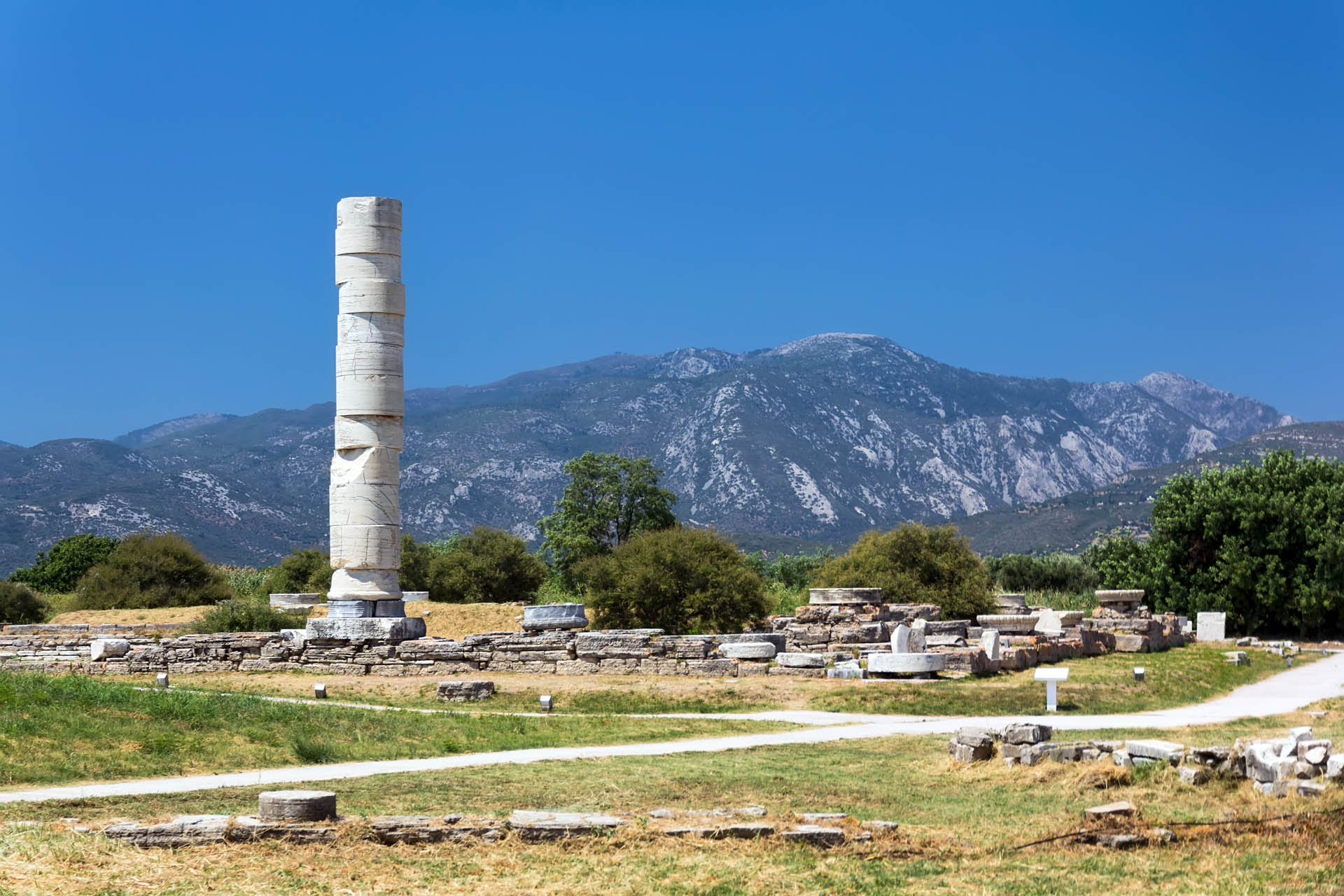 The Heraion of Samos was one of the greatest sanctuaries in all of Greece since it was the largest temple ever made throughout the country. It was built in Hera’s honor who according to the myth was born and raised in the island of Samos. Only part of one of the 115 columns remains to this day but most of the temple’s foundations are still visible.